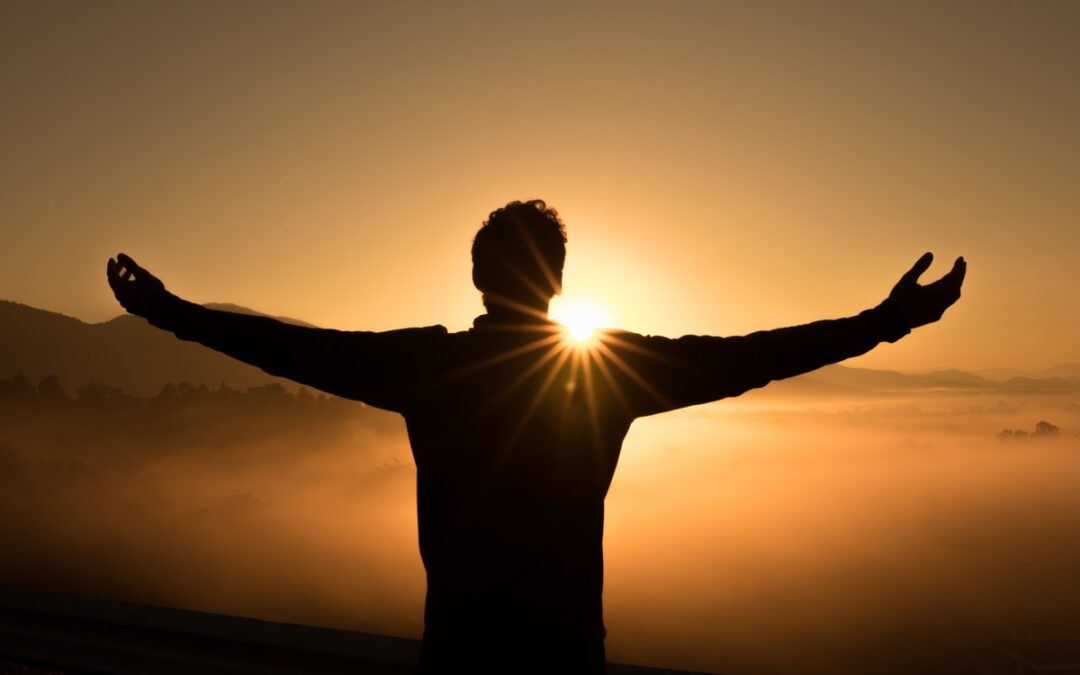 Have you ever struggled with being content? We all have at some point especially during hard times. It can be difficult to maintain joy when going through the to-do list of daily life, or a health scare, or when trying to work on an assignment for school, or having a relationship issue, or when you are super busy at work. The list goes on and on. Those examples make sense. Why would we be happy about mundane activities or sad moments in life? Do you ever notice if you are struggling with contentment during the “good” times too? Some people would probably say they are content or happy during good times, but sometimes when life is going well, we don’t even think about it. We tend to get comfortable and complacent. When life is going well for us, are we aware of how good God is or how we are doing emotionally? Somehow, we must find a way to stay aware of our situation, be engaged spiritually, be intentional with our mental health, and find contentment in all seasons of life whether things are going our way or not.

During trials or stressful situations, some people tend to focus on God and rely on Him more than they would on a regular basis. They thank Him for their blessings and ask Him for help and guidance during those trying times. We can be very communicative and needy during moments when we are scared, and it is obvious that we have no control over our lives. People can be the same with their mental and physical health, as well. Many of us do not realize there was probably a lot more we could have been proactive about in order to make sure we are ok and maintaining equilibrium, like setting boundaries, exercising, reading, or talking to someone. Instead, life throws a curveball that we were not prepared to catch. Taking proactive mental health measures and communicating with God and relying on Him during the hard moments of life is a wonderful thing, but during the peaceful times, should we act the same way? Yes. Somehow, during valleys, and plateaus, and mountain tops, we must never forget to take some action steps of our own and remember God is sovereign. When we are going through moments or years of peace and plenty, we need to be as chatty with God, content, and thankful as we are during the years of “famine” or hardship.

So how do we stay intentional with taking care of our mental health and stay focused on God’s plan? That question makes me think about two stories in the Bible: the story of King Asa and the story of Joseph.

King Asa was having to fill his dad’s shoes after he passed away. Asa was a good king, and as soon as he came into power, he removed all of the idols that the Judeans had been worshipping. He took down all their altars and pagan images. He told them to pray to the God of their ancestors and basically get back on track. He did a good job drawing clear lines between what was right and what was wrong, but he also did it in a way that showed he loved to his and God’s people. Because of Asa’s faith and ruling style, he had several years of peace. During that time, it would not have been abnormal for him to just enjoy his peace and take no action. Instead, he built walls and strengthened his city and his army.

Joseph was a favored son of Jacob and Rachel. Most of his brothers hated him, and the fact that he was their favorite, and that he could interpret dreams. The brothers sold him into slavery which took him on a journey to Egypt. This story has many details of which to take note. But here and now, take note that Joseph could have been very upset, hateful, or angry about what has happened thus far. Joseph went from the favored son to a slave in a foreign land. It did not end there. Although he was promoted to a high position in an important household in Egypt, he got put in prison. He became promoted in prison to be in authority right under the warden. Then God used Joseph’s gifts to get him in favor with Pharaoh who made Joseph number two in the land.

Some questions to ask ourselves after reading these stories:

How can we be more like Asa and Joseph? How do we stay cognizant of our situation whether good OR bad? How are we thankful for our blessings when they are obvious AND when they are hard to see? How do we maintain a wide perspective and avoid tunnel vision?

Be wise – Asa and Joseph were both wise individuals. Take some moments and think about your current situation or your life as a whole and see if there are some areas where you need to apply some wisdom. Consult with God on all days regarding small circumstances and big issues. Thank him daily and do not be worried about sharing your concerns. Do not try to take on everything yourself. Some fence building and/or hedge pruning in your life may be needed. Find an accountability partner to help you make sure you are doing your part with relying on God and not on yourself.

Don’t be complacent – Even when life seems easy or is going your way, keep working at being ok. Asa continued to build the walls of the kingdom even though there were not any obvious enemies. Satan never stops working, so even though you might feel like you should not take certain preventative measures, think again. Take advantage of the down time and figure out what your regimen is for staying healthy in all categories of life. Do not get arrogant or overly confident. Remember God’s got this! Past, present, and future. But be willing to put wings to your prayers. Even when times are good, keep your eyes open, keep learning, and stay active. You may not have to perform at a level ten, but you should not switch off to zero either.

Good habits/boundaries – Asa had certain things that mattered to him. He had a clear moral compass and boundaries. It may upset some people, but boundaries help protect you and protect others. Asa made some decisions that some people probably didn’t like, but he knew it was the correct thing to do. He could rest easy and be content with that knowledge. It is also important to do things yourself that may not be fun or feel amazing in the moment, but you know they are good for you. Don’t try to completely overhaul yourself. Make some small changes and build on those. Before you brush your teeth in the morning, do ten pushups. Before you cook supper, go for a 10 minute walk. Before you watch your favorite television show, read your devotional. Figure out where you need to do some pruning, where you need some boundaries, or what habits would help you stay healthy, strong, and prepared when life throws you a curveball.

Don’t be bitter – Joseph was not bitter. He could have been angry and sought revenge on his brother or Potiphar’s wife or the cupbearer, but he didn’t. He stayed content in the fact that God was in control and no matter what happened, God would take care of him, His will be done, and God be glorified.  If you have issues with yourself or anyone, implement grace and let the issues go. Forgive, set a boundary, have a conversation; but do not let your life’s circumstances turn you into displaying selfish or self-pitying behavior. Do the best you can with what you have and keep moving forward.

Listen – Joseph listened. Through Joseph’s story and him allowing God to use him and his gifts, his brothers learned about grace, humility, patience, and forgiveness. A whole nation was saved from famine. Pharaoh and so many people were exposed to God because of Joseph’s willingness to be used and not fall into temptation of the human mind and flesh. God can use anything or anyone to communicate to us. Have your ears and eyes open his instructions. He might use an interaction with a stranger, a sermon from a pastor, a song, or maybe a dream. If you know God is giving you an answer or instruction, take heed. Part of finding contentment in any situation is knowing that God already knows the end of the story, so let go of control.